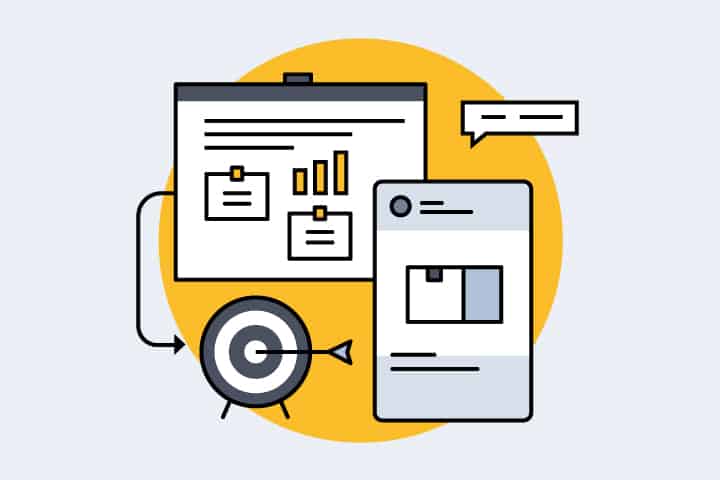 You may know Amazon as the leading online retailer. Just about anything that you need can be found on the website. But Amazon did not stop being an online retailer. It later expanded into different services.

One of its most successful services is Amazon Prime. This is an exclusive membership system where prime members can access a wide array of benefits such as free delivery, free books, and others. By being a member, you will unlock their special deals and experience their services differently.

One of the reasons Amazon is such a profitable company lies not only in its function as an online retailer. While the company is already worth billions, the company wanted to break its limits and find a way to grow faster. True enough, it can break through its first trillion with the implementation of Amazon Prime.

But more than the mere presence of the service of Amazon Prime, there is another secret weapon – their referral program. They did not only promote the Prime program for the benefits. They also focused on getting members to invite others. The membership grew until it reached a whopping 150 million members. Since these members pay a monthly fee, it helped increase the company’s net worth.

Let’s take a closer look at why the program was so successful.

Amazon knew what it was doing when it released Amazon Prime. In traditional shopping malls, they reward their highest-paying customers. They do this by making them members of an exclusive group who have access to certain rewards. For example, they can get only discounts on items. Some shopping malls even have VIP rooms for these people. It is all about making their highest-paying customers feel special.

Amazon took this concept and created Amazon Prime. They encouraged their highest-paying customers to become members of this exclusive group and get access to special features such as free delivery and free books. This concept managed to attract their most active customers.

Because of exclusivity, customers no longer need to convince their friends to join. The value is already there.

They Remind Their Customers

The marketing process of Amazon Prime makes use of prominent banners and calls-to-action. They did this not only on their website but also via email. They made sure that their customers and website visitors know about the referral program. It is an essential aspect in every referral system, for you cannot attract referrers if your website visitors and customers don’t know that your referral program exists.

They Focused on Relationships

What is unique about Amazon Prime’s referral program is it is far from being sales-focused. Instead of listing the service’s features and benefits, it focuses on the referrer’s relationship with the referral. They greet referrals with messages about the power of friendship. The company wants the referrals to take action on the invitation because the referrer is close to them.

They Took Personalization to the Next Level

One of the critical elements in selling any product online is social proof. It is common for potential buyers to search for reviews of the product or service before buying it. But it is not just the social proof of people online that matters what your friends and family also say matters. It may even have a more significant impact on your decisions. And that’s what Amazon Prime leverages in its program.

They Gave Everyone a Chance

Referrers can only access some referral or affiliate programs through membership. Often, users have to pay to be a part of an exclusive group that has a chance of promoting a product or service. But Amazon is different. Instead of limiting Amazon Prime referrers to members, they also announced their program on their site. By doing this action, it can give equal chances to website visitors to also promote the program.

They Made The Lack of Referrals Feel Painful

There are two ways to encourage a person to take action. You can either entice them with a reward or make their current situation so painful that they’ll want it to be different. Amazon understands this tendency, making referrals feel the pain through a big red $0 in their account if they don’t advertise the website’s services. Some people are complaining that it can be pretty discouraging. But in reality, it acts as a reminder for referrals to become a part of the referral program to earn more money.

Second, it may have been more effective if they can also tweak the “From” name in the email. It can make it seem that the email came from the referral’s friend. While they did an excellent job in adding the referrer’s name in the email’s title area, there is still a way to make it better.

Third, the company could have also included a few benefits in the invitation landing page. While it is not wrong to emphasize friendship’s power, it can backfire if the person who invited the referral has a different relationship with the referral. Think about it. What if the referral is a colleague or officemate? The power of friendship may not be as intense. So it may be better to add some benefits so that the referral can easily understand what he is getting if he chooses to sign up.